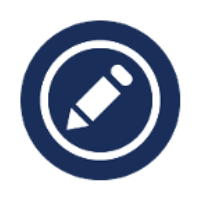 User Characters are the actors of user stories. They include personas and extreme characters.

User characters help to visualize the users of a system. They are closely related to roles, but model real or imagined users that may map to multiple roles.

Please note that only information about specific properties is provided here. Common document property used by all document types are documented by Document Properties.

The type of the user character.

The roles the user character , persona, or extreme character holds.

Select a type for the user with the User Character Type Macro.

Add a reference to an image for a role or persona to. The URL to an image may be a plain URL or a link that points to an image.

Typically the URL is used to fetch the image and render it using the Display Document Property As Image Macro.

The description of the user character.

Describe the background of the user character in some detail. Sketch out some facts to visualize the context the character lives in. This may include some demographic information.

List the needs you assume the user character has from a brainstorming session. This may lead to hypotheses that have to be worked on later.

From a brainstorming session add possible solutions to the needs your product may provide or be involved with. Again, these points may not to be taken as granted, but used as a tool to visualize the character.

User characters may be grouped in hierarchies.

These are internal notes that are usually not exported and only visible to team members with write access.

The text of notes sections is also indexed.

For a document the references section contains pointers to resources that prove the statements of the document.

Often these proofs are not easily distinguishable from further information. In this case you may want to skip the reference section in favour for the resource list.

The resources section provides references to further information to the topic of the document.

User characters are based on roles.